Clubhouse is an invite-only chatroom application for iPhones, developed by two entrepreneurs from Stanford University. The app was developed as a social media platform where people can enter virtual rooms to communicate with one another using only their mics, no text-chat, no video. It’s a reprieve for those who work from home and most likely attend a wide variety of video meetings. The app has allowed Black people to carve out their own space within this virtual community to come together and have conversations in comfort about topics that are of importance to us.

Early demographics of app users tended to be similar to its founders since it is invite-only, which were essentially non-Black Silicon Valley industry workers and investors. It became a sort of audio-only LinkedIn-like culture, filled with discussions about tech and business.

As the app began to grow and more diverse people were on-boarded, the culture began to shift and according to CNBC, “[i]n particular, the app has carved out a niche among Black users, who have innovated new ways for using it.” You now see chatrooms focused on hip-hop, growing food, mysticism, Diaspora related problems, self-help, COVID updates, classes on anything you can imagine, and much more.

In contemporary major social media and in-person public forums, a Black space turns out to usually, and unfortunately, be places of reconciling Black trauma. Blackness, however, encompasses more than our hardships and advocacy. Digital Organizer for youth supporting organization CURYJ, Rachel Kirkwood, said to Amplify Africa, “Clubhouse is a natural way to connect to the community in Oakland… it feels like actual social interaction.” A Black space is not a space of hyper-vigilance as it usually manifests, but a space of love. Black community leaders have been using this app to organize and spread information to users and have recognized its niche use as our virtual barbershop.

According to the National Museum of African American History and Culture, “…barber shops have served as special places among African Americans. They have been places not only to get hair care services but locations where Black people could be vulnerable and talk about issues of importance in the community. There were spaces where customers played games such as chess, cards, and dominoes, while having conversations about local gossip, politics, and community affairs.”

Clubhouse has the feature for creating Black spaces that are accessible because it lets us choose who gets to be in those spaces. This is due to true Black spaces being invitation-only when in places that aren’t made with us in mind. Clubhouse is very receptive to its users as it is still in its early stages and they have released 25 major updates since September.

As Black users take over the space and make use of it in unintended ways, giving their feedback, this is going to intrinsically innovate on Black and brown input. As far of the future of Clubhouse, as more people get invited to the app, or it gets absorbed by a contemporary competitor, these spaces may become censored and no longer have the trait of being an online sanctuary for Black folks. But, in the event of if and when that happens, we now have a formula and understanding of what it would look like to have virtual Black spaces, and we can go forward creating new ways to make more, and sustain them. 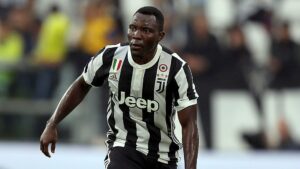